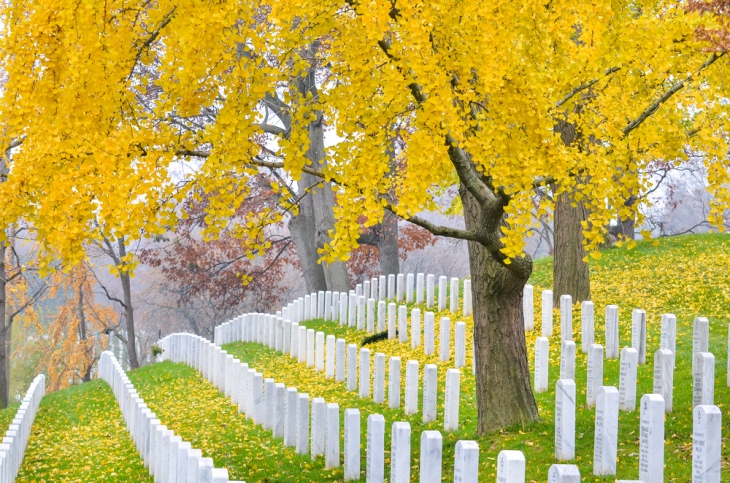 It can be easy to lose sight of what’s made the United States the way it is today if you are not a member of the armed services or know anyone who is. While there have been decided ups and downs to the prestige and esteem we hold service members in, it can be a powerful experience to consider the price many have paid to give us the way of life we enjoy today.

If you’re visiting from out of town, there are several hotels in Arlington, VA, that accommodate solo travelers, families, and larger groups. The Hyatt Place Arlington/Courthouse Plaza is one popular choice. It’s close to Arlington National Cemetery and other area attractions. It offers guests spacious rooms, 24/7 on-site dining options, and free Wi-Fi. Le Méridien Arlington is a slightly upscale hotel that is centrally-located near Georgetown, Washington, DC, and Arlington. Its well-appointed rooms and fitness center make it a popular choice.

Tomb of the Unknown Soldier

There is a changing of the guard at the Tomb of the Unknown Soldier, which occurs hourly or every half hour during different seasons. The soldiers of the 3rd US Infantry Regiment, who are also known as The Old Guard, protect the Tomb of the Unknown Soldier. The tomb represents the gravesites of all US soldiers who could not be identified with a name for a burial. The ceremonies at the cemetery commemorate the personal sacrifices of the US soldiers.

The Memorial Amphitheater is one of the places for memorial ceremonies, such as on Easter, Memorial Day, and Veterans Day. There are several inscriptions on the Memorial Amphitheater, which are details about US wars and quotes from former US leaders. Some of the inscriptions are quotes from the former US Presidents George Washington and Abraham Lincoln. George Washington fought for independence for the United States during the American Revolutionary War. Abraham Lincoln was the President of the United States during the American Civil War.

The Memorial Arboretum enhances the cemetery with the beauty of nature. The trees and plants surround the monuments and memorials, such as the Nurses Memorial and the Battle of the Bulge Memorial. There are more than 30 special monuments and memorials in the military cemetery. The monuments for the group burials are used to mark the graves of soldiers who were buried together, such as the soldiers from the USS Serpens who were killed when the ship exploded and then sank at a beach on Guadalcanal in the Solomon Islands.

Remember the Personal Sacrifices of the US Soldiers

You can visit several monuments and memorials in the cemetery. There is the National 9/11 Pentagon Memorial for a group burial for the victims of the attack on the US Pentagon on September 11, 2001. Two former US Presidents, William Howard Taft and John F. Kennedy, are buried in the cemetery. The monuments and memorials can inspire visitors to remember the personal sacrifices of the US soldiers who had served in the US Armed Forces.