The Reality Of Vegetarianism 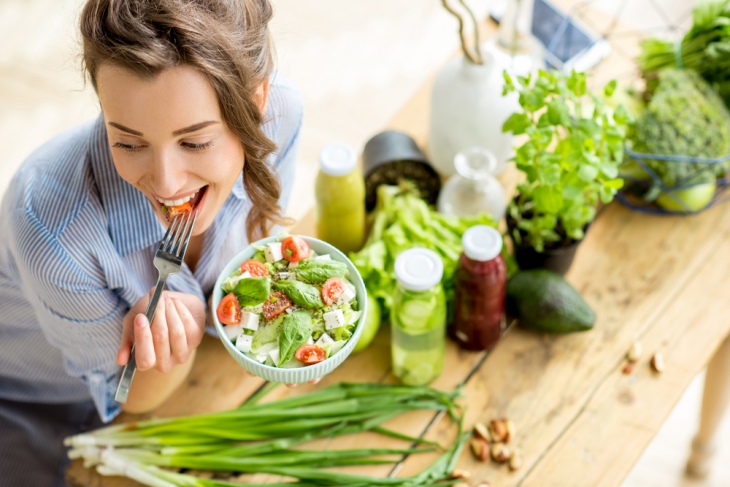 The definition of vegetarianism is about abstaining to the meat consumption. This includes seafood, poultry, red meat and other kinds of animal-based flesh. In reality, going veggie could become a double-edged sword and there are consequences that you should know. We know that plant-based food could provide us with significant health benefits. As an example, raw or lightly steamed vegetable is seen as good option, due to the presence of specific enzymes that can be destroyed by high temperature. It means that some digestive problems could finally go away, especially due to the presence of probiotics in vegetables. Strict diets require self control and discipline; but not everyone can achieve those. With improper vegan methods, we could actually suffer from various nutritional deficiencies.

If you want to adopt a vegan lifestyle, it is important for you to understand common deficiency problems. There are different reasons why people want to become vegetarians and they could be backed by moral and ethical factors. As an example, these people could be against the widespread slaughter of animal for food purposes. This could cause them to avoid eating meat-based products, including fish. A few religious beliefs also restrict the consumption of any kind of meat. There are also health reasons why people choose to become vegetarians. They may want to lose weight or remedy cholesterol problems. Financial factors of vegetarianism are associated with the fact that vegetables and fruits are more affordable than meat products.

There are partial vegetarians, such as lacto, ovo and pecto vegetarians; which still eat dairy products, eggs and fish, respectively. Vegan is the strictest form and there’s no other alternative than eating only vegetables and fruits. However, it is possible for vegans to consume bad fat from margarine made from palm oil. Processed carbohydrates and various canned products are not generally healthy. It means that vegetarians could end up becoming very poor eaters, by consuming fried food frequently. Graineratian is another variant of vegan and it is associated with people who rely only on grain-based products, including pasta and bread. As you may know, this kind of diet isn’t the healthiest and constant consumption of grains could cause imbalances in our nutritional level.

Regardless of whether we are vegan, normal eaters or avid carnivores; processed foods are typically our number one enemy. Vegans could suffer from various health problems due to the consumption of ready meal products and fake meat. It is important to avoid eating fake burger, turkey, ham or sausage. Highly processed soy products may also cause imbalances in our hormonal levels. Based on the above fact, it is clear that vegetarian diet can be very unhealthy if we don’t use common sense. Fresh produce and balanced intake is still the key. Sugar, alcohol and cigarette are also made from plants. They are often associated with unhealthy lifestyle, which we should avoid whenever possible. On the contrary, sensible consumption of meat is actually quite healthy, if we choose the right kind of meat and the cooking process.